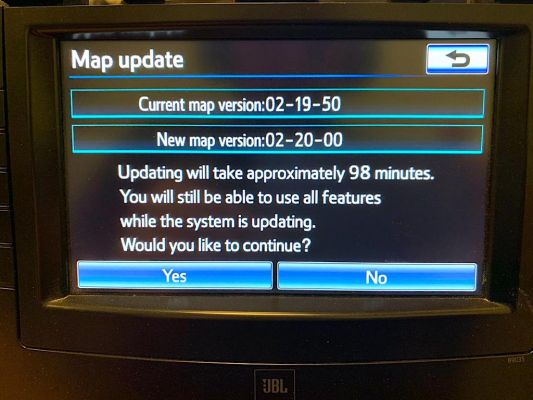 We are pleased to inform that we've received the latest EU map update for Toyota and Lexus models from 2012 to 2015 equipped with the 7th generation navigation system (GEN7 11HDD). The update was released in early June and contains data relevant to the first quarter of this year. Coverage hasn't changed since the last release.

The update is compatible with 2012-2015 Toyota and Lexus models sold in the EU and can be purchased at this link:

HI, I have bought the update and put it on a USB stick but it does'nt work when i put the stick in the car...
Can you help me ?
Marc.

Hello Marc,
Of course we can, please write us to info (at) toyotamaps.online or message us via WhatsApp or Viber (see "Contacts").

Hello
I have purchased a module from you - the nt3325 toyota avensis model.
Can I expand its memory with a micro SD card up to 128GB?
The second thing is to ask for the return address of one of the modules.
I talked to one of your employees about the repair, but unfortunately what he had to check did not solve the problem.
So I would like to refer you to one of the two modules.
Please, replace it with a defect-free one.
Additionally, when exchanging, I would like to buy one more.
Please let me know about the memory and the return delivery address.
best regards
Artur Kalwak

Hello Artur,
Write us to toyotamapsonline at gmail.com regarding the issue. Describe the problem you're experiencing and specify the date of purchase or the transaction ID. Thank you.