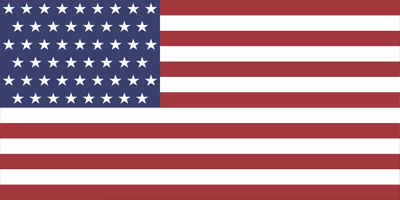 We offer a map update for your Toyota or Lexus with the 7th generation navigation systems: GEN7 (11HDD / Toyota Touch Pro / EMVN) with navigation data on HDD. This is the genuine update supplied by Toyota and compatible with all vehicles equipped with the GEN7 system.

How to distinguish GEN6 from GEN7

These map updates are compatible only with models sold in the relevant market. They are not interchangeable! For example, it is not possible to install maps of Europe (or the Middle East) on models produced for the US market and vice versa.

All updates come with an activation code, an instruction manual, and a map data which should be extracted to your USB stick.

What to do if I have issues installing the update?

Don't worry, we'll try to help you according to the steps of the instructions manual. If you can't prepare the files required for the update, we can help you remotely by connecting to your desktop via TeamViewer or we may offer you a ready media with shipment to your door or local post office. If your activation code (or a license key file) doesn't work, there's a problem with a wrong map version and you should check the link you received. If you picked up the wrong update (e.g. if you need maps of another region) and paid for it, you'll get a full refund after approval. If you have any questions during the update, please don't hesitate to ask us. For a faster response, send a message to our WhatsApp.

What should I do?

In order to update software and maps for your Toyota or Lexus you have to prepare a 32GB USB stick (64GB for Europe), download the update (we'll send you the link right after the payment) and extract the data to it according to our instruction manual. Then send a photo of your Map Data screen so we could prepare an activation code for you.

Next, you'll need to insert the flash drive into the USB port of your car, go to the Map Data screen, click the Data Update button and wait till the update dialog box appears, asking you to start the update. You'll then be asked to enter an activation code. Enter it and wait for the update to complete. The process takes up to 50 minutes (80 minutes for the EU version).

Hello Mel,
The final update for this system (GEN7 11HDD) was released in 2019 and it's currently available.

Hello Carole,
The final update for this system (GEN7 11HDD) was released in 2019 and it's currently available. You can fill out the order form to receive the update instructions, payment may be delayed.

may i pay without using paypal

George, we only accept PayPal at the moment. Sorry for the inconvenience.

Hello Ray,
It depends on the system installed in your vehicle: 2009-2012 models use the 6th generation sat nav which can't be updated via USB, while 2012-2015 models have the 7th generation and support USB updating.

2014 gs350, no apple carplay, will this update show traffic flow conditions ie. Green lines when no issues and red when traffic problems? Like google maps reflects in their nav.

No, the functions you've mentioned are unavailable for these systems.

Hello. This is the correct one. The 2012-2015 RX model has a 7th generation navigation system.

Hello Malik,
The 2019 version is the latest for this system in the US. Unfortunately, there will be no more further updates.

Is it compatible with lexus hs250h

Hello Francois,
Unfortunately, I've never seen an HS250H with a 7th gen navigation system, they all had 6th gen installed instead. We'll need a photo of your menu screen for clarification.

HELP!!! I paid my money, received an email from you containing some files, I have no idea what to do with those files. 1 PDF file, 1 .exe file and 2 other files. Do you have a phone number I can call to speak directly with you?

Hello Mike,
Don't panic, help is on the way. Drop us a message via WhatsApp or on-site messenger, we'll be glad to assist you.